Little did pharmacist Chris Hammond know when he returned to Cape Breton ten years ago with his wife and young twins that he would become the owner of three pharmacies in the Sydney area, including the one in which he worked.

“(Darrell) had talked about retiring for some time and he helped me every step of the way, so it was a fairly easy transition,” says Chris.

There are a number of areas Chris is still learning about the business, including the front store aspect of the business (the rest of the store beyond the dispensary).

He is also learning about human resources and has been a bit surprised about the amount of office work.

“I didn’t really know what the owner did behind the scenes,” says Chris.

“We have been spending more time counselling patients because the access to doctors has gone down,” says Chris.

He also notes that traditional dispensing takes much longer than it used to.  Patients are on more complex medications, and often multiple medications, which takes more time to do therapeutic checks and educate the patients.

“The level of care is much better but it adds to the workload,” says Chris.

Chris hopes to increase the amount of therapeutic services his pharmacies provide. One of the substantial barriers he faces in the communities in which his pharmacies operate is the economic situation of his patients and their ability to pay for these services that are not funded by the government.  One service, which has been funded by the government as a pilot project, that has resounding success is the Community Pharmacist-led Anticoagulation Management Service (CPAMS) for warfarin patients. This program has been popular with patients, physicians, and pharmacists.

“Most of the people coming in INRs’ are all over the place and you can see them tightening up,” says Chris.  “It’s rewarding because we are doing something we can actually do something about.”

As a new owner, Chris sees the future of pharmacy residing with programs like CPAMS. He points to other chronic conditions, like hypertension, where pharmacists can play an important role.

Although becoming a pharmacy owner wasn’t initially part of Chris’ plan, he now has big plans for the future, which keeps pharmacy as a central part of the community.

“In the future I hope pharmacy remains community-based,” says Chris.  “To be the place you can always go to get healthcare advice.” 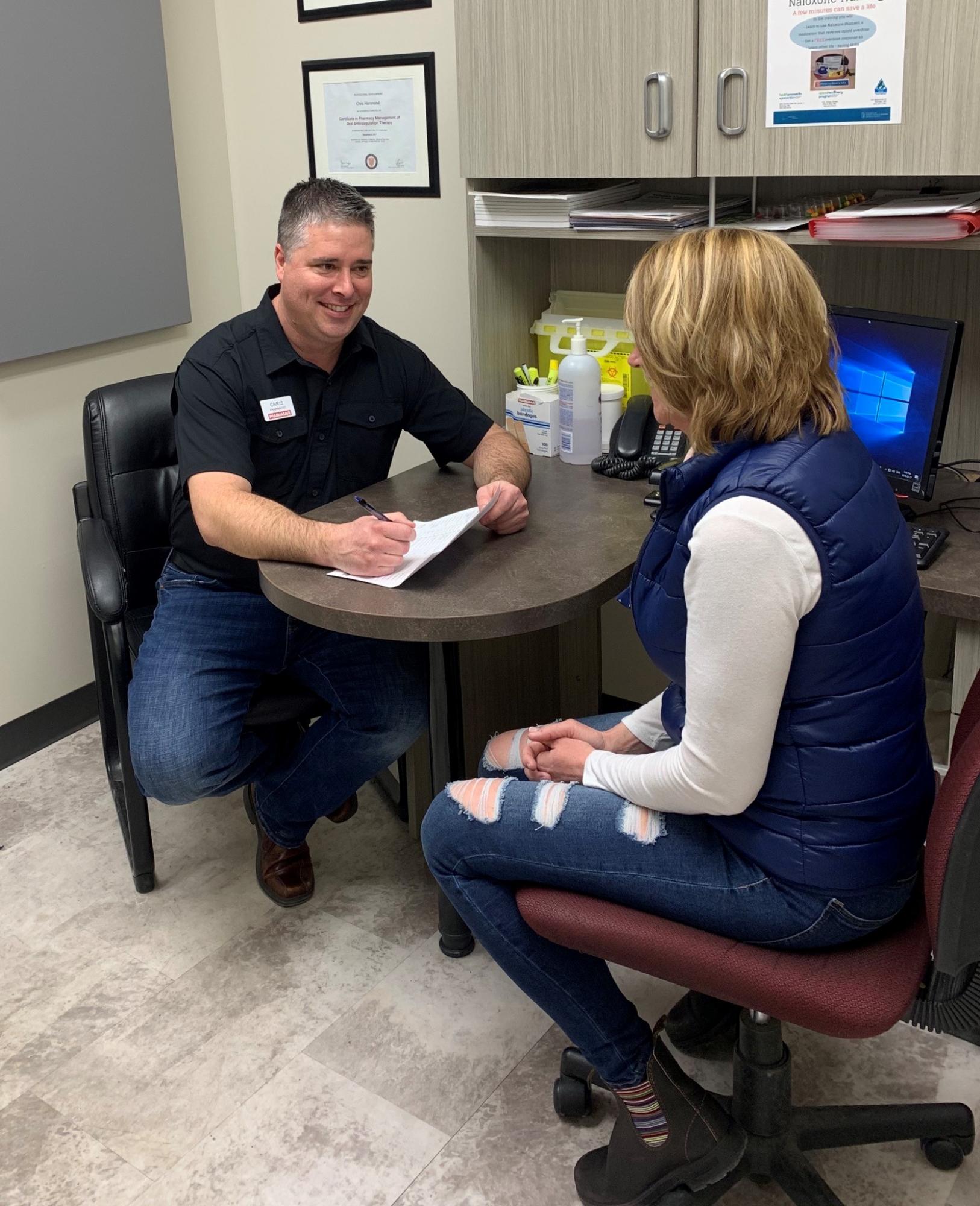 @PharmacyNS:#QuickTipTuesday💡 Some weight loss supplements with green tea extract and Garcinia Cambogia may cause liver injury… https://t.co/iMjnFVEmM9
14/07/20 - 10:25 AM
@PharmacyNS:RT @pharmacy_CAN: Wearing your mask and practising proper hand hygiene are among the most effective measures available to protect you… https://t.co/StWYF8KdzD
14/07/20 - 08:39 AM
@PharmacyNS:RT @CPhAAPhC: During these stressful and challenging times, it's important to address your own #mentalhealth so you have the ener… https://t.co/mEJxK6t6SV
13/07/20 - 03:43 PM