Fall River Pharmacist Shares the Responsibilities and the Rewards

Fall River pharmacist Shawn Grimm’s original plan wasn’t to become a pharmacist, let alone a pharmacy owner.   However, with the help of a couple of colleagues, he found himself on a rewarding road of pharmacy.

Shawn enrolled in the faculty of Chemistry at Acadia university more than 20 years ago. Finding little work in this field, he decided to combine his love of science and the desire to help people by furthering his education and becoming a pharmacist.

After working in a variety of community pharmacies, including aiding in the set-up and opening of a pharmacy in Halifax’s Infirmary Hospital, a couple of fellow pharmacists (Craig MacLean and Mike Wyman) approached him about opening up their own pharmacy in Fall River. That was ten years ago.

“Things happen when you least expect it,” says Shawn. “Sometimes you just have to take the plunge.”

By all accounts, the risk has paid off.

When reflecting on the past ten years as a pharmacist and pharmacy owner, Shawn has seen a lot of change.

“I never envisioned administering vaccinations or prescribing,” he says.

However, Shawn says that he can see a lot of ways that these services benefit his community, which is particularly important with the strains the Nova Scotia healthcare system are facing.

“A good community pharmacist is good at building relationships,” says Shawn. “Empathy and communication are important aspects of the profession.”

Being in the same location for so many years has provided Shawn, his partners, and all the members of the pharmacy team, the ability to get to know the people who are coming through their pharmacy doors. He says this makes his job much easier. Patients know they can just drop in and see him or any of the pharmacists on duty.

Although being an owner comes with a lot of responsibilities, of which Shawn is happy to share with his two pharmacist business partners, it also provides him with greater autonomy to help his patients.

“From time to time a patient may not be able to afford their medication until payday, so we will supply them with enough medication until they can afford it,” says Shawn. “As owners we are able to provide that option so patients can remain compliant.”

Shawn also enjoys being able to collaborate with other healthcare providers.  He says he sometimes has to do a little “police work” to try and weed out the truth about what is really happening with a patient’s health and he finds it really rewarding when he is able to figure out what is going on and helping them.

He also enjoys being so accessible.  He says he is able to do this because between the three pharmacist owners they share the responsibilities of ownership and being a frontline pharmacist.

“I find the profession very rewarding, and a successful pharmacy requires great teamwork,” says Shawn. “Without my partners, and other staff members, we would not be able to make an impact like we do.”

Being a pharmacy owner, he and his partners reap the rewards of going out of their way to help people but, more importantly, they find it even more rewarding knowing they have had a positive impact on their patients’ lives. 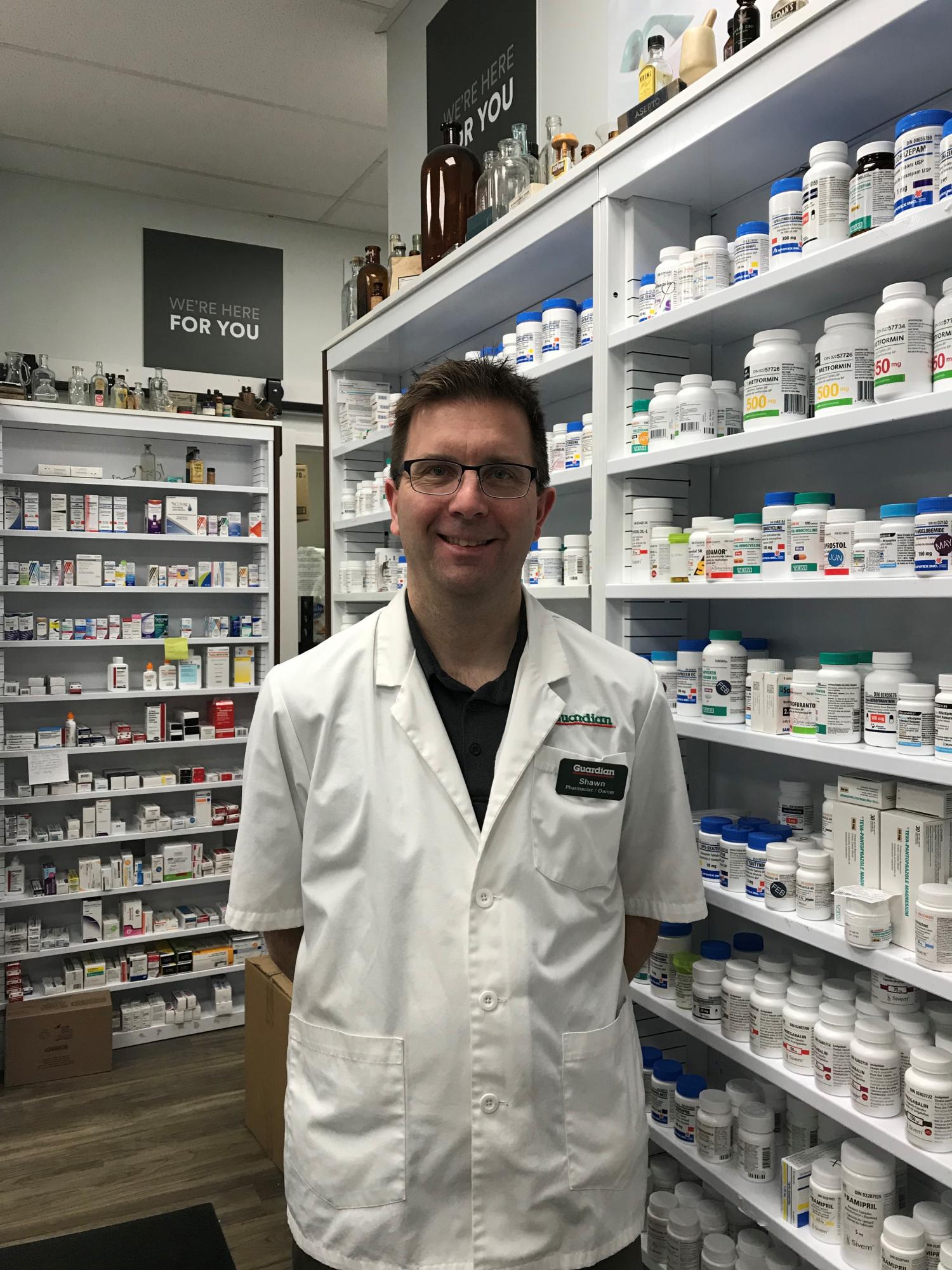