New Glasgow native Shana Keay was only an eighth-grader when she job-shadowed pharmacist Paul Warren as part of a school program.  From that time forward, she has worked to make her dream of becoming a pharmacist a reality.

The first step Shana took was to obtain a part-time job as a pharmacy assistant when she was in Grade Ten.  She maintained that job until she left for university in Halifax 10 years ago. After completing two years of an undergraduate program and then four years of the pharmacy program, Shana graduated in 2015. Upon graduation she returned to New Glasgow to practice.

Initially she worked in a retail community pharmacy environment that included dispensing for both individual patients and nursing homes. When the pharmacy decided to separate the retail and nursing home duties into two businesses a new opportunity emerged for Shana and she became the Pharmacy Manager of Lawtons Continuing Care in New Glasgow.

“I have always known I wanted to be a manager and I have been able to do it with Paul’s support,” says Shana. The pharmacist she job shadowed all those years ago is now her boss.

Shana says she loves being in the position to make policies that allow for pharmacy to be better utilized.

She also has a passion for nursing home care where she says she has more opportunities to work with other healthcare professionals, patients, and patients’ families.

“You have all the information in front of you and, if you don’t, you can just call and get it,’ says Shana.  This makes her job much easier.

“I can just walk across the street and see some of the patients and the nursing staff and resolve issues quickly,” she says.

One of the major hurdles she faces is those medications that are prescribed for patients but are not covered by their insurance or Pharmacare.

“I am able to reach out to the physician to find an alternative solution,” Shana says.

Another task she spends a lot of time on is getting patients off of medications they no longer need to be taking.

“Many patients are on drugs that were intended to be stopped years ago but they fell through the cracks,” she says.

She finds nursing home patients are often still on cholesterol medications that they may not be benefiting from anymore.

Another medication type she finds her patients on that they may not need is antipsychotics. In the past, it was common to give patients with dementia these types of drugs when they became agitated, and makes them easier for staff to manage, but are usually only need for a short time.

“These short-term drugs end up being long-term,” she says. “The pharmacist looks at all the medications the patient is on to see if they are appropriate.”

Currently, Shana’s pharmacy is responsible of 800 patients but, she says, she anticipates that number to grow a lot in the upcoming years.

It is clear that Shana find her chosen career extremely rewarding.

“The favourite thing about my job is that I can sit down on any given day and look at somebody’s chart and work with my co-workers or sit with the patient, their family, and physicians, and come up with solutions,” she says. “There is no waiting period.” 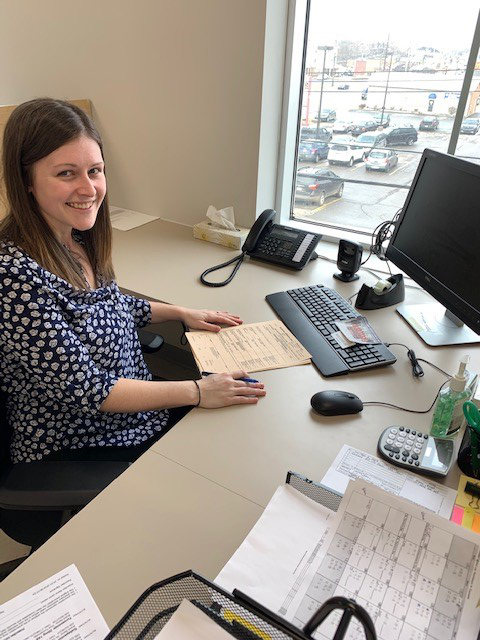