Pharmacist and pharmacy manager, Lisa Levangie, says she has always been interested in medicine and pharmacy.

“I was the one who always read all of the pamphlets you get with a prescription,” she says.

Her pharmacy career started off as a pharmacy technician and then later she attended pharmacy school at the University of Toronto.

“Lisa is a model of a pharmacist that I want to see out there as a leader,” he says. “Two words describe Lisa: passion and integrity.”

Paul recognized Lisa’s talent as a pharmacist and recruited her from retail pharmacy to run the Lawtons Cape Breton NHS, a full-service pharmacy for Long Term Care facilities in Cape Breton. She assumed the role as manager in 2017 – just five years after graduation from pharmacy school.

Working with long term care patients and their healthcare team provides Lisa with a lot of job satisfaction.

“There are a lot of places you can really help people in a really fulfilling way,” she says.

Along with her clinical skills, Lisa now has to manage a staff of 23. One of her first goals when she took over as manager was to strengthen the team and finding efficiencies.

Lisa also firmly believes that an informed staff is a happier staff.  This is why she created a communication wall.

“They tease me because I am always making memos,” she says.

Lisa, like many Cape Bretoners, also has a love of sharing her cooking. Famous for her fudge and other delicious baked goods, she often brought sweets in for her hardworking team.

“I used to joke that I have to keep people sweet to keep people moving,” she says. After some reflection, and considering they all worked in health care, Lisa moved away from the sweets and established a healthy living program for herself and her team.

She reached out to a Sobeys dietician for help and the program has helped unite the team with a common goal.

“Now we are sharing recipes,” Lisa says. Instead of sweets, the treats staff enjoy are healthy ones.

Lisa enjoys the work she is doing, although it is not always without frustrations.

Having practiced pharmacy in Alberta after graduation, and before moving back home to Cape Breton, she says that it was much easier to practice to her full capacity there.

“I see a lot of patients struggle and its frustrating that there are things you can do based on training but we aren’t quite there yet,” Lisa says.

However, if there is something that can be done, Lisa is the one who will make it happen.

“When something needs to be done, Lisa will likely do it better than I can do it myself,” says Paul. “If she can’t do something, she will tell me and find the right person to do the job.”

Paul also points out about how much Lisa believes in her staff and the pharmacy profession.  She cares as much about pharmacy team as she does her patients.

“Every time you drop in there everybody is having a good time and happy. She is bringing fun back to work,” he says. “We are fortunate to have her.” 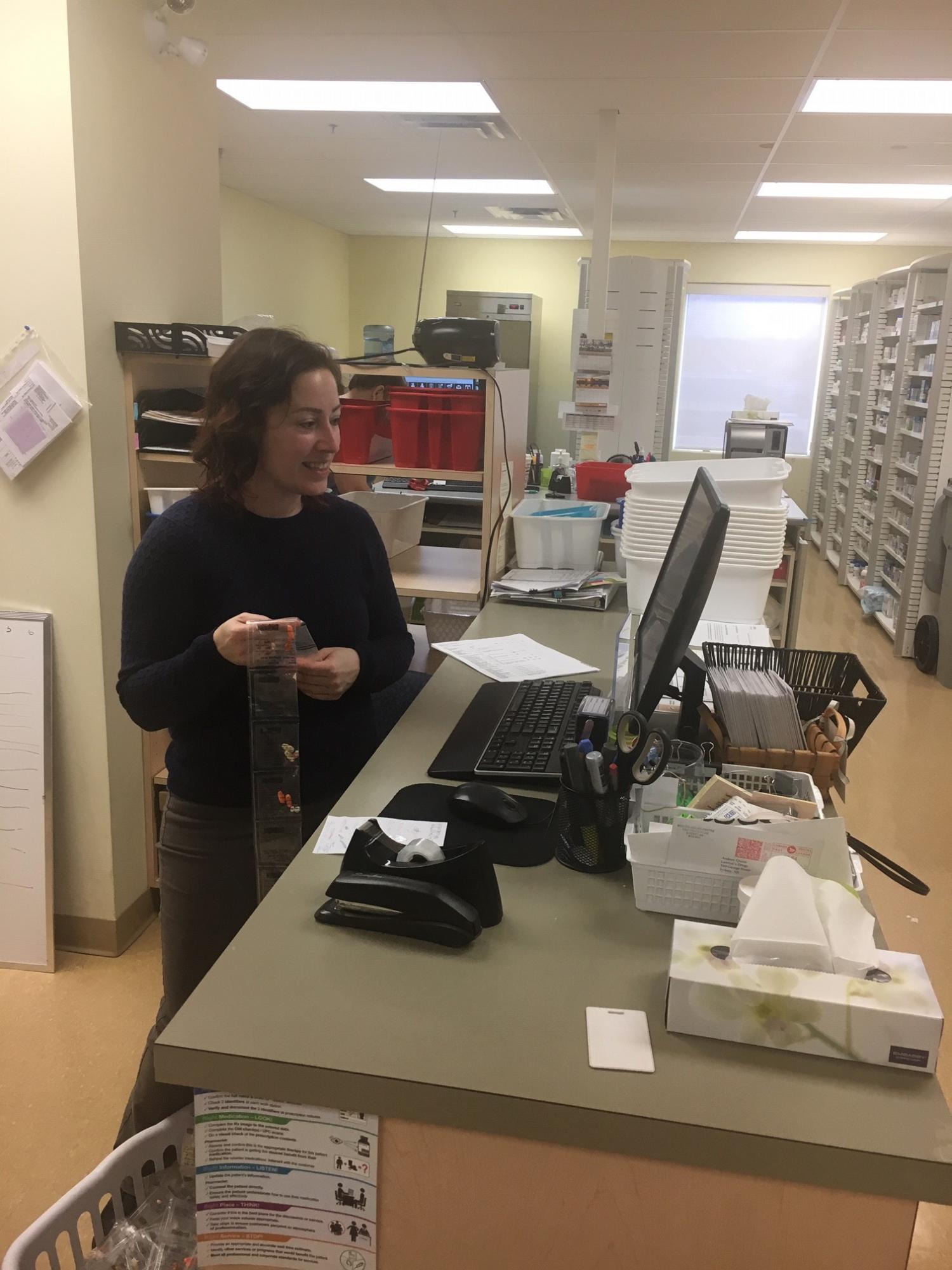