A Full Circle Experience for Pharmacist and Educator

Pharmacist Harriet Davies grew up in small-town Nova Scotia, where the pharmacies were the heart of the community. Her parents are Welsh and immigrated to Canada in 1970. The staff at the local independent pharmacy were very helpful to the couple who had two young children. When she was growing up, Harriet says she saw the important place a pharmacy had in the community. She wanted to help people like the individuals in that pharmacy. She also had a love of science. The role of pharmacist allowed her to pursue both interests.

Harriet went on to the work in community pharmacies in Ontario and in Nova Scotia after graduating from the Dalhousie University College of Pharmacy in 1996. Early on, she became interested in becoming a preceptor (a pharmacist who guides and teaches pharmacy students who are gaining experience working in pharmacies). As a preceptor, she became more and more interested in education and upon moving home to Nova Scotia became a Skills Lab Demonstrator. Since 2004 she has been the Coordinator of Clinical Education at the Dalhousie University College of Pharmacy and is responsible for the five practice experience courses.

Pharmacy students at Dalhousie must gain clinical, hands-on experience, in both community and hospital pharmacy environments. Harriet manages the program and its curriculum. She also sits on the College's Curriculum Committee and is helping to develop the curriculum for the upcoming Doctor of Pharmacy program. Students receive placements both within the three Maritime Provinces and beyond and Harriet ensures that the students get the experiences they require for a well-rounded education. Dalhousie's unique Problem-Based Learning process graduates highly respected pharmacy students who have developed strong critical thinking and patient care skills. This is important because the practice of pharmacy is changing so quickly.

"When I started if you told me I would be injecting people I wouldn't have believed you," says Harriet.

The flexibility at Dalhousie has given Harriet the opportunity to maintain her interest in direct patient care. She has started working at a clinic in the North End of Halifax operated by Dalhousie's School of Social Work. Currently, Harriet and two social workers help socially marginalized individuals navigate the social services and health care system. She helps patients manage medication related issues that often arise from patients' inability to pay for their necessary medications. Harriet hopes to see the services at the clinic expand where patients may receive additional pharmacy services such as medication reviews, patient education, services from other health care professionals, and provide an opportunity for students to gain experience in an interprofessional environment.

Education in the health professions require the involvement of professionals working in the field.

"Practice experience doesn't exist without the dedicated 400 plus pharmacists who agree to host our learners," says Harriet.

Harriet's favourite part of her job is getting to interact with colleagues and students from various disciplines and from across the country.

Since returning to Nova Scotia, Harriet has earned a Master of Education (Curriculum Studies) from Acadia University, the same University that employed her father and the reason her family moved to Canada. Her mother and sister are also educators.

When asked, as a child, did she ever think she would work at a university, since she is from a family of educators, Harriet says she did not.

"I didn't think I would," she says. "Now I eat lunch (when we have time!) with people who were my teachers." 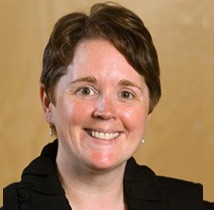