Leech Wrangling and Obtaining Rare Drugs: It's All in a Day's Work for This Pharmacy Technician

If you have a rare infectious disease, an amputation, or need a very unique medication, Pharmacy Technician Peter MacMillan is in your corner. As a patient, you may never get to meet Peter, but your treatment and healthy recovery may depend on him.

Among those who work at the hospitals in Halifax, Peter is most notably known as “The Leech Guy”.  Peter is responsible for keeping these creepy critters alive. Used in the reattachment of various amputations, such as fingers, tongues, and skin, this old-fashioned treatment is the best way to restart blood circulation on previously severed body parts. A year ago, Health Canada reclassified leeches as a drug and the creatures became the responsibility of the pharmacy department in the hospital system.

Peter is responsible for "special access" medications (medications that are not regularly available or approved for sale in Canada, but may be obtained or imported with special permission from Health Canada).  This is how he inherited the leeches. Health Canada has also classified maggots as a drug. They are used to treat patients with gangrene.  Fortunately, this is not something that the hospital has required use of in the past year.

Caring for leeches was not something Peter anticipated when he graduated from the Nova Scotia Community College’s Pharmacy Technician program in 2000.  He does have a strong interest in various diseases and one of his favourite television shows is Animal Planets' Monsters Inside Me. If you watch the show, you may have learned about an amoeba that some people get in their eye that proceeds to eat the cornea. The hospital eye clinic sees about five cases of this a year and Peter is responsible for obtaining the medications required to save these patients' eyes.

If you haven't got your preventative malaria medication and contract the disease while abroad, then Peter is your guy. Malaria medications are not regularly available in Canada because the disease is not native to the country. Special permission from Health Canada must been gained to access these medications.

Peter is also responsible for obtaining "trial" medications for patients who have tried everything else and are seeking a last resort. He sees many medications that haven't hit the market in Canada yet, but will be in another year or two. Oncology and Hematology are two Departments that Peter works closely with; working collaboratively with the pharmacists and doctors.

"If you have never of heard of it, call me," says Peter. "Things that are uncommon to someone else are not to me." 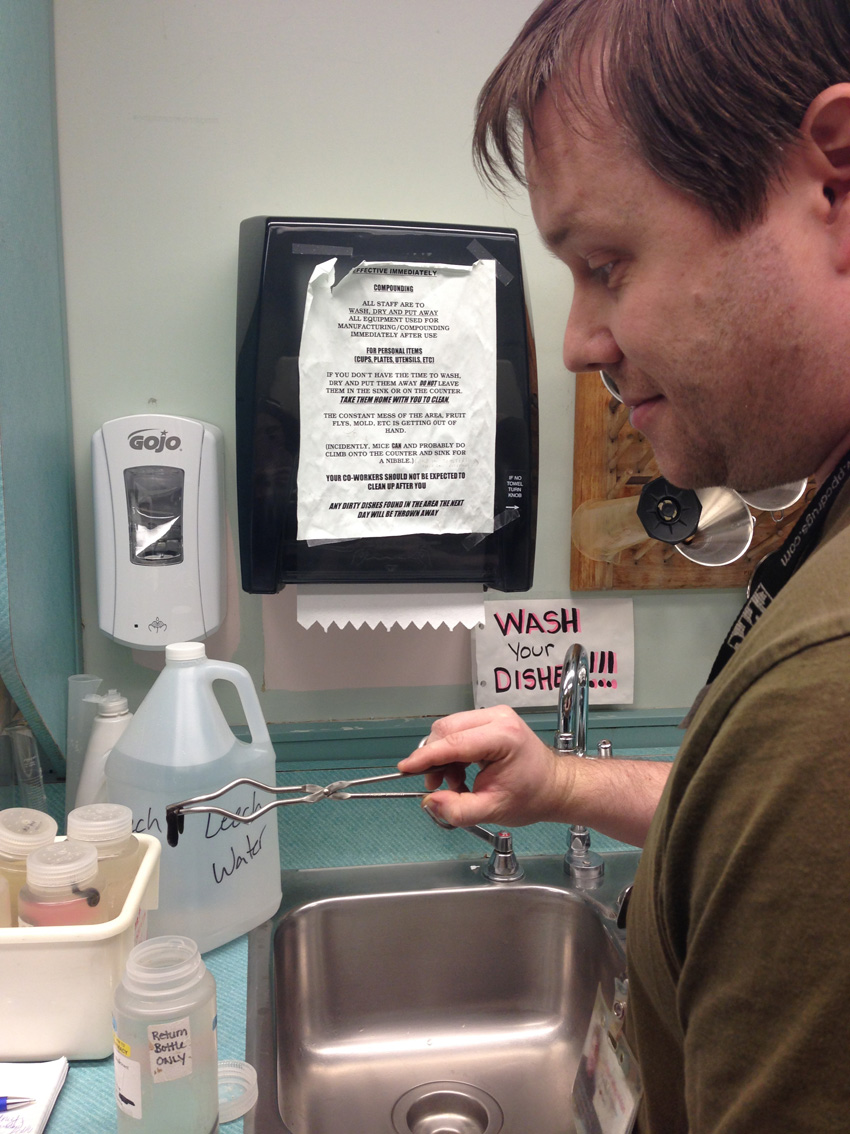