Pharmacist Lisa Seymour had made the decision to move back home to New Glasgow just three months before her father was diagnosed with a terminal illness.  After working in retail pharmacy for a number of years she decided to take advantage of an opportunity that had arose at the Aberdeen hospital.  It had turned out to be a fortuitous event because she was able to be there for her father during the end of his life.

During her father's illness, Lisa was provided a different window into the world of caring for the dying. Although she was a pharmacist, she realized she had more questions than answers about her father's care.

"It's surprising how a simple intervention can make a world of difference," says Lisa.

Lisa recalls one patient suffering from COPD who had maxed-out the amount of puffers she could take and was still having a lot of trouble breathing. Lisa recommended to the team the addition of a very low dose of another medication that was known to help with shortness of breath. By doing so she was able to help improve the patient's quality of life.  The patient told Lisa that she was even able to get down on the floor and play with her grandchild again.

"Palliative Care provides support to folks who have an illness that isn't curable," says Lisa. "It doesn't only mean end of life."

In fact, some studies have found that, if it is adopted early in a patient's illness, a palliative care approach can extend life.

"Palliative Care is not stopping care, it's changing the plan of care," says Lisa.

Although Lisa's position with the palliative care team is not a full-time one but more of an add-on to her regular duties in various parts of the hospital, she wears a lot of hats, she would love to be able to do it full time. She is currently working to become a facilitator for the LEAP Program , a pan Canadian initiative committed to inter-professional education in palliative and end of life care. It was developed to ensure those living with life threatening illnesses and their families are properly supported with the right care, at the right time, in the right place. 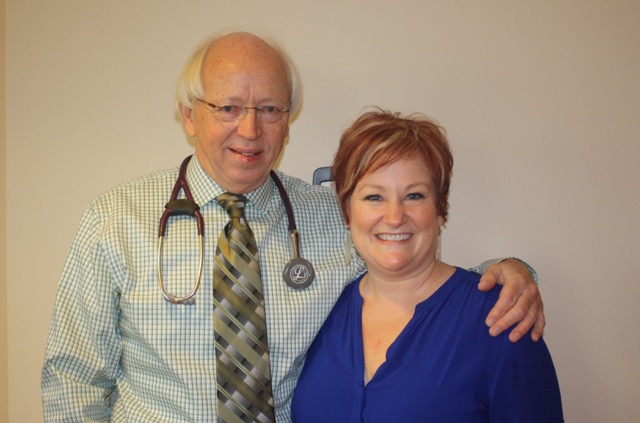