At only 23 years old and a year out of pharmacy school, Brandon Toner exhibits the vision and commitment to his profession rarely seen in someone so young. He is already helping to incorporate new practice ideas and develop strong relationships with patients at a pharmacy in his native Sydney.

The son of a pharmacist, it is not surprising that Brandon followed in his father's footsteps.  However, it was surprising for both Brandon and his father. As a child, Brandon showed little interest in the family business and only had a cursory exposure to it.  It was a chance meeting with the Director of Dalhousie's College of Pharmacy at a Dalhousie career fair that lead to Brandon applying to the pharmacy program.  He had been taking a general science program, and was interested in health care, but had not really considered a career in pharmacy up until that point.

"I wanted to be accessible to people and use my interest in science to help in some way," says Brandon. “Pharmacy became the perfect fit.”

Upon graduation he said he wanted to be "on the cutting edge of things." There were a lot of changes happening in pharmacy during his four-year-program.

Pharmacists can now assess and prescribe for 31 ailments and provide a number of immunizations, including the flu shot.

Brandon's father, pharmacist Hugh Toner, owns two pharmacies in the Sydney area. While Brandon was at pharmacy school, Hugh began planning to build a new pharmacy. Brandon offered to share some insight, drawing from the things he was learning at school and Hugh gladly took him up on the offer. Hugh quickly saw that Brandon had a vision and an infectious excitement for the profession that surprised him.  Brandon was looking to the future, looking at what could be.  For example, Brandon was able to convince Hugh to include two private counselling rooms in the pharmacy, with one more resembling an assessment room found in a clinic. An unusual design, but he viewed it as necessary to avoid congestion and ensure privacy with the growth of more clinical pharmacy services. Hugh demanded Brandon make a case for every additional upgrade he suggested and Brandon was well prepared to do so.

"I think in his mind he was building his dream pharmacy," says Hugh. Even though there was no sure plan for Brandon to move back to Cape Breton or work in the pharmacy.  Brandon exhibited an unusual attention to detail throughout the project.

Upon graduation, Brandon did not go to work for his father, but for another pharmacy group. Getting into the family business was never the plan, and there were no vacancies for Brandon to fill at either of his father's pharmacies.  Then, serendipitously, Hugh needed another pharmacist as two pharmacists on his team welcomed new additions to their families. At the same time, Brandon was looking for a new job following the completion of a temporary work term.

Hugh says he tells everyone he would have hired Brandon even if he wasn't his son. Brandon works long hours, is compassionate, is able to communicate with people in a way that is far beyond his years, is able to grow the business by increasing pharmacy services, is extremely focused, and is constantly looking at ways to improve. He also sits on a committee for the Pharmacy Association of Nova Scotia, the advocacy body for pharmacists in the province. He is one of the youngest pharmacists to do so.

"This kid comes in and rocks my world and says you can't do it like this anymore," says Hugh. "Even if he wasn't my kid I would have hired him in a heartbeat." 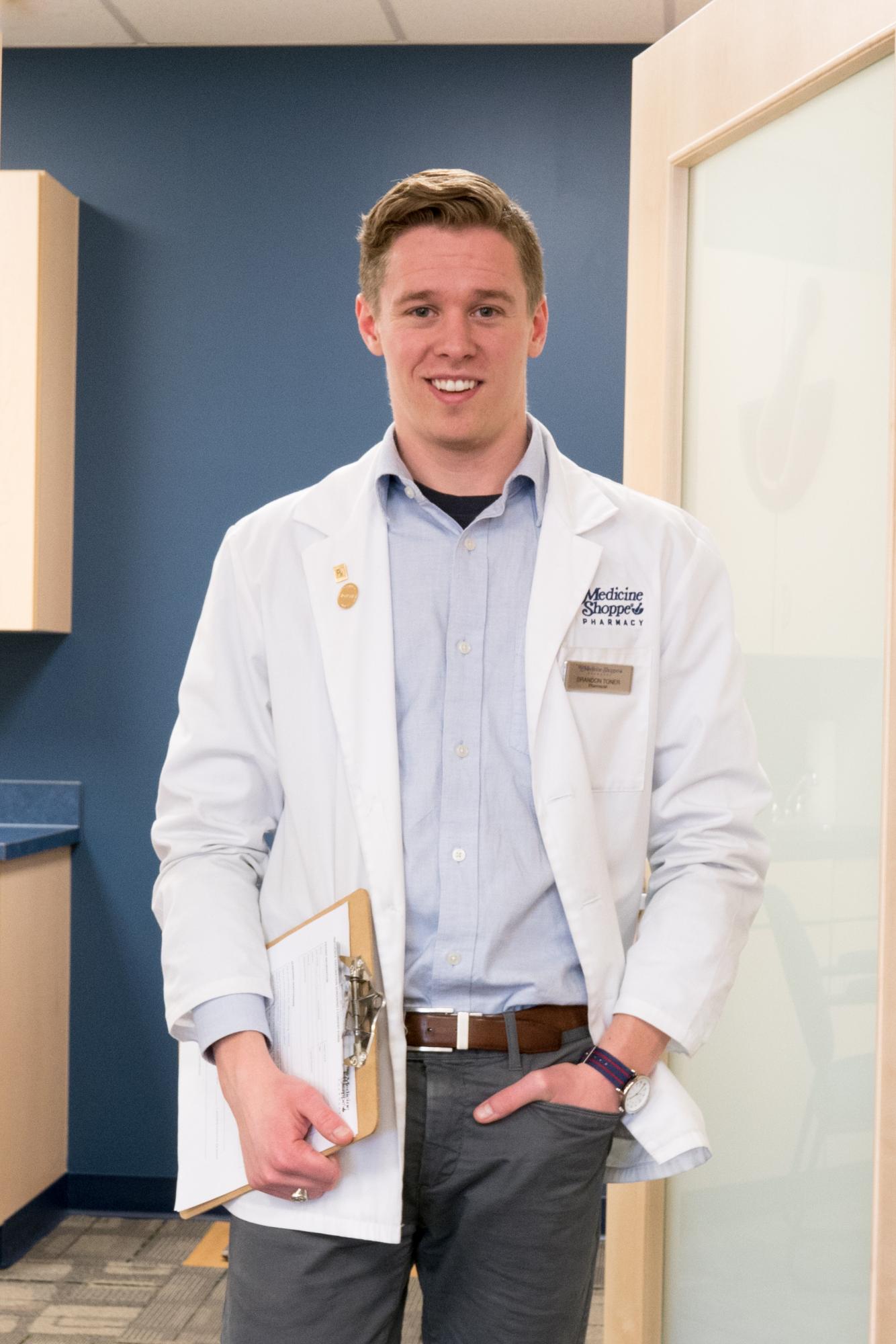