Like many others, pharmacy student Courteney Waye didn’t know what she wanted to study after high school.

This all changed when she started working at the Atlantic Superstore in North Sydney, where she had the opportunity to meet in-store pharmacist Shannon Jardine.

“Shannon explained the scope of pharmacy to me, which started my interest in the field and persuaded me to pursue a career in pharmacy,” she says.

Currently, Courteney is in her third year of the pharmacy program at Dalhousie University and has been incredibly active in many different aspects of pharmacy.

Apart from her studies and pharmacy rotations, Courteney serves as the Student Representative on the Board of the Pharmacy Association of Nova Scotia (PANS) and is a skills lab demonstrator for first-year pharmacy students.

“I’ve been able to gain an even wider perspective on pharmacy through what I have learned in and out of the classroom,” says Courteney. “I’ve had the opportunity to both learn and teach, which have really shown me the different paths my career could take.”

“Being on the PANS board has shown me a different side to pharmacy,” she says. “It’s introduced me to many members of the pharmacy community and the work that goes on behind the scenes.”

When it comes to plans after graduating, Courteney has no shortage. She plans to become a Certified Diabetes Educator, work in a community pharmacy, and eventually get her Doctor of Pharmacy degree.

“Diabetes is so prevalent in our population,” says Courteney. “Being able to educate the public on how to maintain and control their blood sugar can be very beneficial to their health.”

“What I want to do most with my degree in pharmacy is provide patients with a personal healthcare experience,” says Courteney. “Pharmacy is always changing and growing to accommodate the needs of patients, and it’s exciting to be the one who can provide them with the care they need.” 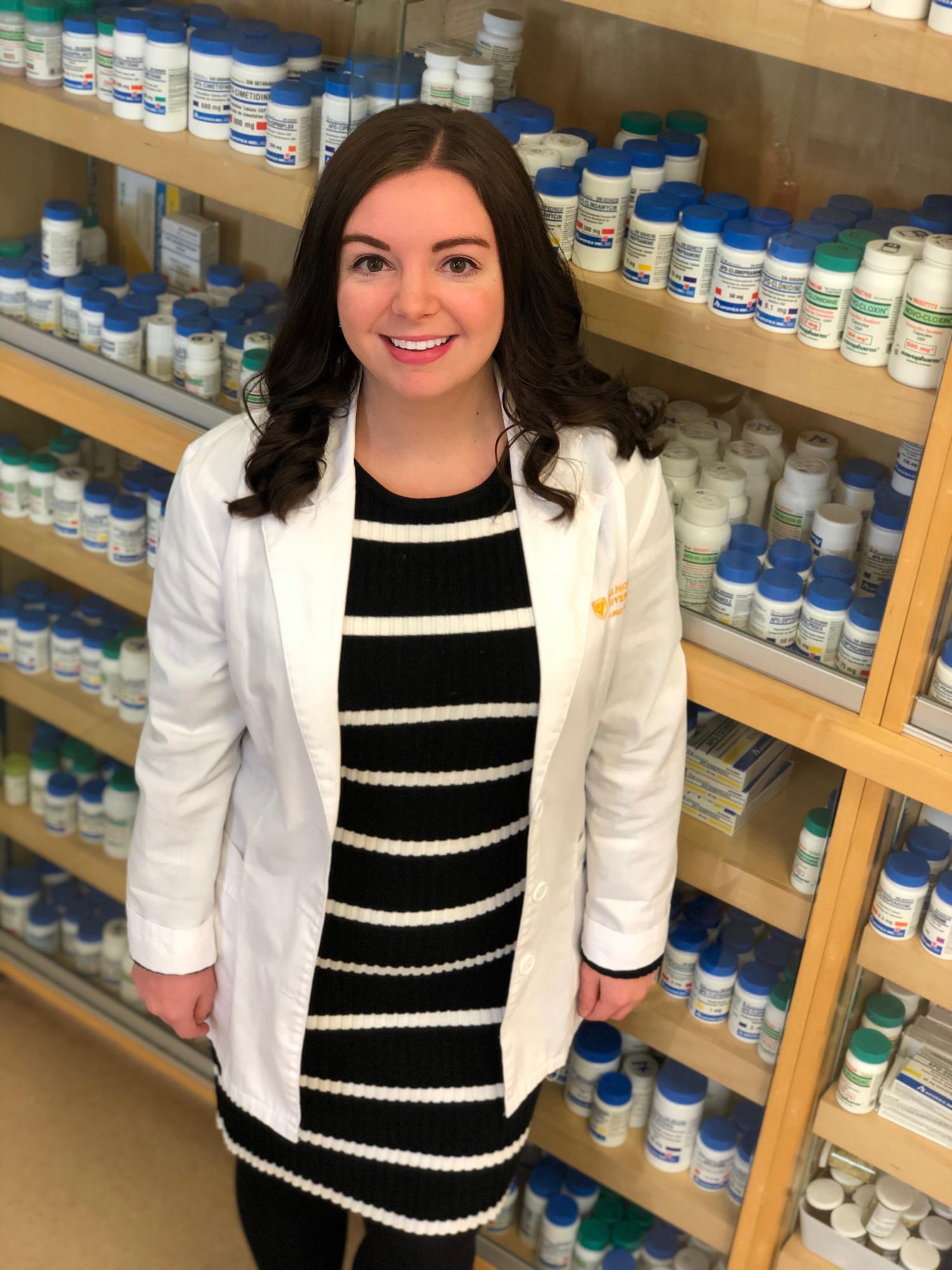